Kanye West shocks the world with extra weight not even a year after his breakdown: what’s Kim feeding him? 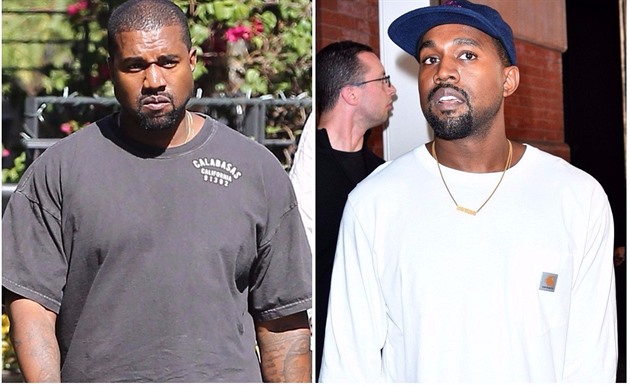 Famous rapper Kanye West has been off public sight since his mental breakdown last year. Now he’s slowly starting to crawl out of his shell and his fans are shocked! He’s gained so much weight!

The world media were shocked less than a year ago by incredible news: American rapper Kanye West had a mental breakdown. It should have been caused by stress, lack of sleep, jealousy, paranoia, well, generally speaking: complete mental exhaustion.

When transferred to the hospital he should have been sleep deprived for more than 48 hours!

It is said that the ambulance crew had to strap him down to be actually able to move him to hospital. The remaining 22 concerts of his Saint Pablo tour had to be cancelled and later on, he’s pulled out from public life for some time.

Kanye has now re-appeared in the world and people are shocked: What are you feeding him, Kim? This runs across all social networks. Kanye is no longer lean, but seems to be a rather plump hippo. Leisure time evidently takes its price.

Has Kanye paid his dues to psycho imbalance?

Kanye West belongs to all those very famous, but also very criticized celebrities. He’s made a lot of enemies with his arrogant opinions and has been repeatedly ridiculed, when he expressed his paranoia about Jay-Z’s intentions to “eliminate him”

He also promised to run for president and demanded money from Mark Zuckerberg to be able to realize his divine talent for music. No surprise his fans can’t choose the right name for him.